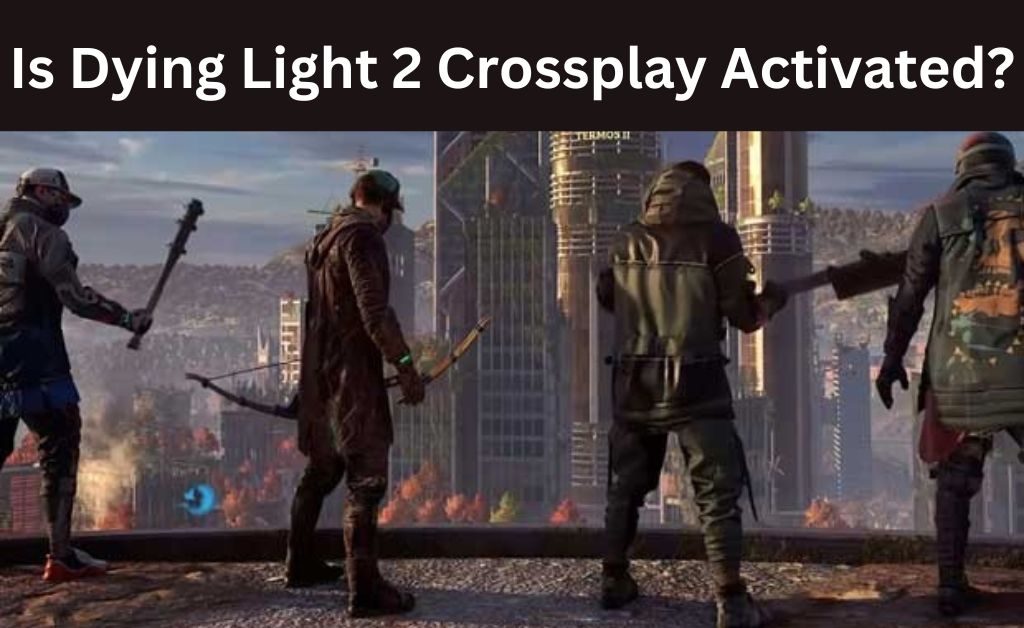 Zombie-hunting has turned into a trend, and this genre has earned admirers in the gaming world. Hardcore gamers have found the same taste in Dying Light 2, developed and published by Techland.

This title involves getting rid of bloodthirsty parasites. Alongside COD, Days Gone, and similar titles, Dying Light 2 has earned a reputation as a rewarding game already.

Following the craze of the title, Dying Light 2 is available on almost every gaming platform. However, fans raise a question mostly, and that is: ‘Is Dying Light 2 crossplay-supported?’.

Let’s check out whether this rumour is true and what made this rumour float around, shall we?

Is Dying Light 2 crossplay? Before answering that, you need to understand a few basics. This open-world gameplay lets you hunt zombies alone, or you can form a group to strengthen your attack. If you have played Dying Light, then you will notice that the timeline of Dying Light 2 is set 22 years after the events of the predecessor title.

The multiplayer feature on any game lets the host invite a few partners or friends to play the title. Now, the device can be the same on which the game is being hosted. However, crossplay multiplayer indicates the ability of different players to deploy different gaming devices or consoles.

Since Dying Light 2 allowed players to come up with friends and join the zombie hunting, they anticipated that the game might support crossplay features.

Unfortunately, Dying Light 2 doesn’t come up with crossplay features. Tymon Smektala, the lead designer of Techland, has discarded the chances of crossplay or co-op features. The designer has also added that crossplay support won’t be available at this moment for Dying Light 2.

However, Dying Light 2 supports almost every latest device and gaming console to enjoy the zombie-hunting gameplay.

The following devices and gaming consoles are now allowed to host Dying Light 2:

However, players can’t join crossplay due to its unavailability for Dying Light 2. For example, gamers using Xbox One can’t join a game being hosted on PlayStation 4. The main issues behind the crossplay feature are hardware sync and server merging. Developers of Dying Light 2 haven’t decided anything yet on these two factors.

Smektala has also commented that Dying Light 2 crossplay isn’t even possible on two different PS builds. For instance, if you use PS5 and your friends who are willing to join you use PS4, then crossplay of Dying Light 2 is not supported yet.

On this note, Techland is working on adding the cross-generation feature to Dying Light 2. This will enable players to enjoy Dying Light 2 on different PlayStations, Xbox consoles, and more. For example, your friends using Xbox One can join you even if you are using Xbox Series S or any other supported Xbox console.

Techland hasn’t released any statement regarding Dying Light 2 crossplay features. This means that right now, Dying Light 2 won’t support crossplay and cross-gen features. However, we can’t say that the game won’t be supported by cross-platform or co-op features in the coming years.

Since Smektala added the phrase ‘at launch’, then we can’t discard the possibility of added crossplay and cross-gen support later. Gamers might get crossplay-supported Dying Light 2 in the near future, we assume.

Till now, it’s a bummer for Dying Light 2 fans who expected the title to be a crossplay with the advent of the multiplayer mode. After all, the ecosystem between PlayStation, PC, and Xbox is quite fascinating for players. We hope that Dying Light 2 comes up with all the anticipated features for co-op missions.

So, Dying Light 2 is an advantage for PC players. Coming to the cross-generation support, developers of the game are reportedly working on the feature. However, there’s no solid proof of adding crossplay privileges to Dying Light 2.

How to Deal with Frequent Crashing of Dying Light 2 on PCs?

Is Dying Light 2 crossplay-supported? You already got the answer. On the other hand, PC gamers have reported frequent crashing of Dying Light 2 recently.

The following reasons might trigger the issue, such as:

Let’s check out how you can address the problem:

Opt for a Clean Boot

Microsoft services or third-party services might get involved in conflicts. A clean boot might get rid of it, and you can resume your Dying Light 2 journey.

Here’s how to perform a clean boot on a Windows device:

Finally, you can restart the PC and launch Dying Light 2 to check if the issue persists.

Similarly, outdated Windows versions might not support the all-new Dying Light 2. So, open Settings on your Windows PC and click on Update & Security. Hit the Check for Updates option, and Windows will know if there’s any update available. Download and install those updates and check if the problem vanishes.

Hopefully, the above tips will help you to overcome the crashing of Dying Light 2. However, Dying Light 2 crossplay is still not available. We might expect the title to be supported by crossplay and cross-gen features in the next few years.